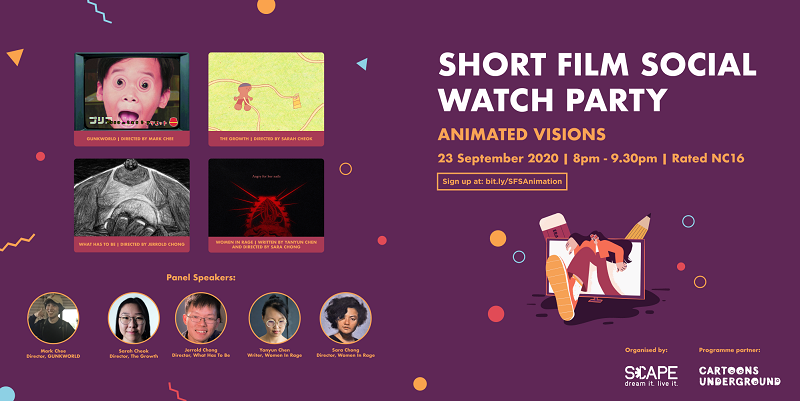 Animation, the art of breathing life into inanimate objects and the creation of a new realm.

Step into the world of animation with local animators and enjoy a night of free animation films. Hear from four animators as they speak about their films, the challenges of animating and its beautiful side.

Moderated and Curated by Jerrold Chong

Director/animator Jerrold Chong graduated with a BFA in Animation at California Institute of the Arts (CalArts). An avid lover of cinema, he is fascinated by the power of animated cinema as abstract visual metaphor and is driven by a desire to tell sincere stories that examines the depths of everyday life and the complexities of the human experience.

Most recently he co-directed the animated short film, Piece of Meat, which premiered at the 2019 Cannes Director’s Fortnight and was selected at the 2019 Annecy International Animation Festival, on top of various other international film festivals. His films “Automatonomy” and “What Has To Be” has also won the Best Animation Award at the National Youth Film Awards Open Category consecutively for the last 2 years.